Frederick Lesemann is a composer living in La Crescenta, California, the small town where he grew up. It is near Los Angeles. He has for many years been on the faculty
of the USC Thornton School of Music, where he just finished a three year term as Chair of the Composition Department. He directed the electronic music studio there as well. His degrees are from USC (DMA) and the Oberlin Conservatory. He attended the summer workshop in computer music at Stanford University.

Lesemann has received grants
and awards from the National Endowment for the Arts, the Rockefeller Foundation, Meet the Composer, Centrum Center for the Arts, the Martha Baird Rockefeller Fund, ASCAP, the USC Zumberg Faculty Research and Innovation Fund and the Thornton School itself. He has been commissioned by the Kronos Quartet, The Colonial Symphony, the Pasadena Chamber Orchestra, Southwest Chamber Music, USC, and several individuals. His works, which employ a wide range of media, have been performed by such groups as the Kronos Quartet, the Los Angeles Philharmonic New Music Group,
the Buffalo Philharmonic, the Southwest Chamber Music Society, and at such places as the Kennedy and Lincoln Centers, Carnegie Hall, the Tanglewood Music Center, the Ojai Music Festival and the Arnold Schoenberg Institute. Recordings of his work are found on Town Hall, Cambria and Crystal records. 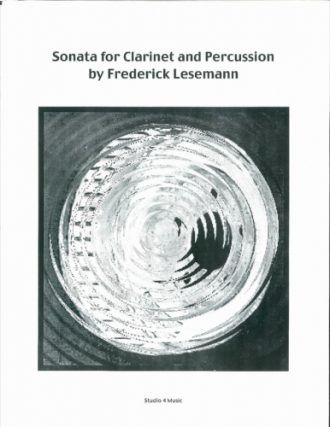 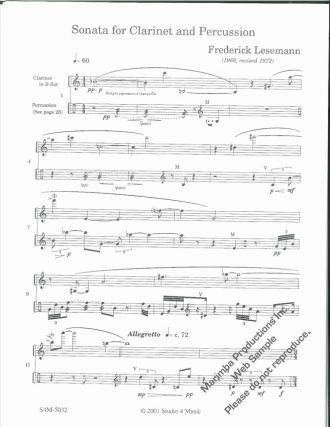 Sonata for Clarinet and Percussion