Michael Stephans holds a Ph.D. in education, and is a well-respected L.A. jazz drummer who has performed and/or recorded with a wide variety of jazz artists, including Bob Brookmeyer, Bennie Maupin, Pharoah Sanders, Charlie Byrd, Bob Florence, Don Menza, Bill Watrous, Bobby Bradford, Phil Ranelin, Karl Berger, Alan Broadbent, Mike Melvoin, and John Patitucci. In addition to his performance activities, Michael was awarded composition grants from both the National Endowment for the Arts and the Museum of Natural History, and was a commissioned composer for the Percussive Arts Society. He has been a faculty member at Pasadena City College since 1990, where he developed a popular course called "The Jazz Experience: Evolution & Essence." He has also been active as an award winning poet, an author, and a jazz journalist, and has written liner notes for other artists such as Bob Brookmeyer, Darek Oles, and Bob Florence.

Stephans has recorded recently with saxophonist Don Menza's all-star big band in Los Angeles, and has recently recording a solo CD project in New York City (May 2005), which features saxophonists Dave Liebman and Bennie Maupin, bassist Scott Colley, and percussionist Munyungo Jackson. He will be recording a live album in the fall of 2005 with Don Menza's quartet. His new book of poetry and fiction, Duets for One, is forthcoming at year's end. 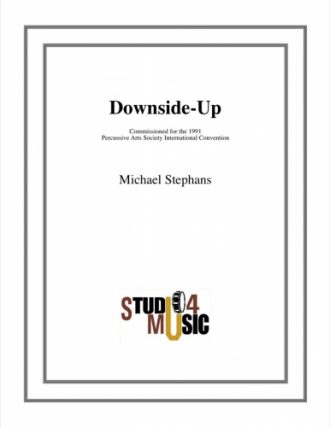 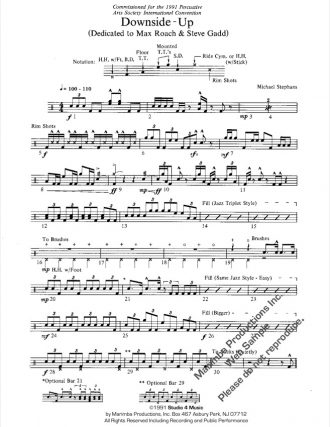