Russell Hartenberger is Professor of Percussion at the University of Toronto. He is a member of Nexus and has been a member of Steve Reich and Musicians since 1971.

Russell began his percussion studies in Oklahoma City with Alan Abel. After Mr. Abel left Oklahoma City to join the Philadelphia Orchestra, Russell studied with Tom Gauger and K. Dean Walker. He received his B.Mus degree from Curtis Institute where he studied with Fred D. Hinger. Upon graduation from Curtis, he joined the U. S. Air Force Band and toured throughout the U.S., Europe and South America as xylophone soloist. While in the Air Force Band, Russell received his M. Mus degree from Catholic University where he again studied with Alan Abel.

Russell holds a PhD in World Music from Wesleyan University where he studied mrdangam with Ramnad Raghavan of South India, tabla with Sharda Sahai of North India, Javanese Gamelan with Prawotosaputro and West African Drumming with Abraham Adzinyah.

He has been a member of the Oklahoma City Symphony, Philadelphia Lyric Opera Co., percussionist at the Marlboro Music Festival, Principal Percussion of the New Haven Symphony, timpanist with the Canadian Opera Company and performs often with the Toronto Symphony.

With Steve Reich and Musicians he has recorded for ECM, DGG and Nonesuch Records. He performed on the Grammy® Award-winning recording of Music for 18 Musicians. With the Reich Ensemble, Russell has toured throughout the world and performed with the New York Philharmonic, Israel Philharmonic, Cologne Radio Orchestra, London Symphony and Brooklyn Philharmonic. The conductors he has played under include Zubin Mehta, Michael Tilson Thomas, Kent Nagano, Peter Eotvos, Paul Hillyer, Brad Lubman and George Manahan.

As a member of Nexus, Russell has performed with leading orchestras in North America, Europe and Asia. He performed on the Academy Award-winning Full-Length Documentary, The Man Who Skied Down Everest. His awards include the Toronto Arts Award in 1989, Banff Centre for the Arts National Award in 1997 and, along with the other members of Nexus, was inducted into the Percussive Arts Society Hall of Fame in 1999.

Russell lives in Toronto with his wife, artist Bonnie Sheckter and their two daughters, Laura and Carla. 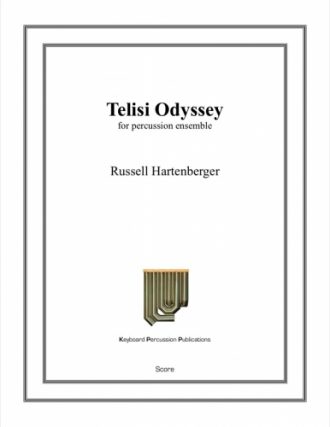 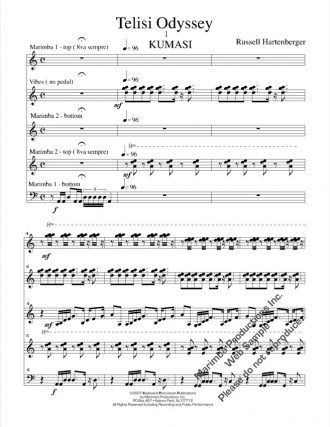 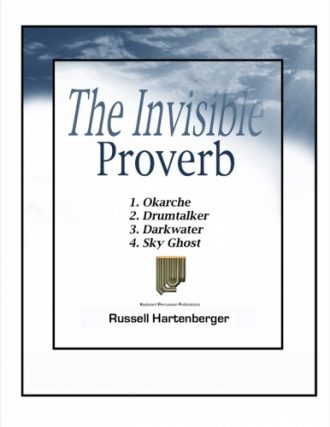 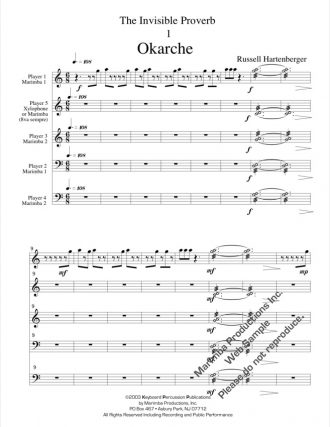 This four-movement work for five percussionists is featured on the latest NEXUS CD, Drumtalker. Throughout the composition Hartenberger uses elements of talking drum styles and the rhythm patterns of West African drumming ensembles.

This four-movement work for five percussionists is featured on the latest NEXUS CD, Drumtalker. Throughout the composition Hartenberger uses elements of talking drum styles and the rhythm patterns of West African drumming ensembles.