Claudio Santangelo is considered by critics to be one of the youngest and most brilliant talents in the world of solo percussion,
sensibility and compositional and interpretative creativtiy that places him at the top of young marimba virtuoso soloists. A true
"made in Italy" artist, Santangelo possesses a solid piano techinque on the marimba, allowing him to have a virtuosic perfomance
and an inspired and original compositional ability. Born in 1987, he is the fourth generation in a family of percusionists. Having
started his musical studies at age six by his parents, both Conservatoire percussion teachers, Claudio quickly showed a great
technical and musical mastery.
A child prodigy, for his bravura on the xylophone and with pieces of remarkable technical difficulty for his age, he has won many
Juries of National and International Competitions, including numerous First Prizes. In 1995, he received the "Silver Medal" from
the President of the Republic as a special acknowledgment of his talent. At 13 years of age, the Yamaha Foundation awarded him
a prize in the category dedicated to the best Italian percussion students. At the age of 18, he recorded the Concerto for Marimba nad Orchestra by T. Procaccini for EDIPAN with the Ukranian National
Symphonic Orchestra and pieces for marimba, vibraphone ,and piano in a duo with the composer. In 2011, he released his first CD
in Lithuania, Music For You, which has evoked much admiration even in the United States, where it is transmited regularly on the
Percussion Radio Channel. Because of the brilliant nature of the repertory carried out in his concerts and because of the particular
bravura highlighted in every performance, he achieves wide public and critical success everywhere. Despite his youth, Claudio is
invited to give recitals and masterclasses in France, Croatia, Spain, Lithuania, Poland, Germany, Romania, Bulgaria, and China.
In 2011, he obtained his diploma with full marks under the direction of his father, Antonio, at the "G.B. Pergolesi" Conservatoire in
Fermo and won the "Arts Prize," a national competition organized by MIUR, awarded to the best students at the Italian Conservatoires. He has composed numerous solo pieces for marimba, vibraphone, and timpani, and two concerti for marimba and orchestra published
by Italy Percussion Edition and Studio 4 Music (USA). His compositions are easy to listen to by his audience, and, although they present
remarkable technical difficulties, much appreciated by performers. In 2012, in the "Culture Seventh," organized by the Ministry of National
Heritage and Culture, he released a DVD of the Concert Live, dedicated to the tragedy in Japan. Claudio is a Yamaha and Vic Firth
Artist and, since 2016, is a percussion teacher at Conservatory of Music in Italy. 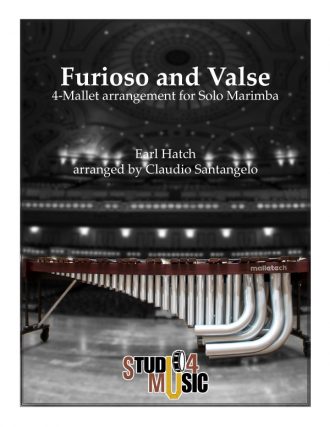 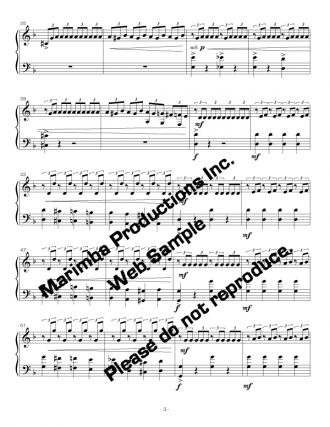 One of Hatch’s most popular pieces, now arranged for four-mallet solo marimba.

One of Hatch’s most popular pieces, now arranged for four-mallet solo marimba. 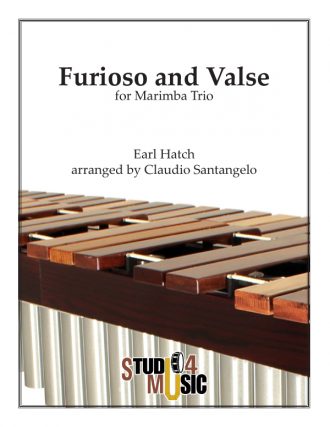 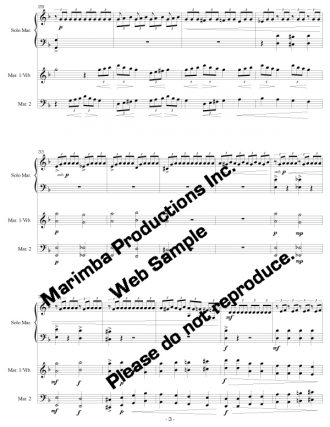 One of Hatch’s most popular pieces, now arranged for marimba/vibraphone trio.

One of Hatch’s most popular pieces, now arranged for marimba/vibraphone trio.