A strong believer in the power of communal creativity amongst strangers and in the unifying power of "togetherness" that music encourages, Drew Worden loves collaborating with artists of all disciplines to cultivate meaningful experiences in his community. Having served on the board for the OSSIA New Music Ensemble at the Eastman School of Music and as a founding member of the new music ensemble Erasable Color, Worden's passion for contemporary music performance and composition spans from his current residence in Rochester, New York to his hometown of Phoenix, Arizona. As a composer, Worden's work is often site-specific; his belief in the creative potential of a space, maximized by the people inhabiting it (performers and listeners), continues leading to many unique performance opportunities. His music has been performed at The Eastman School of Music, The Chautauqua Summer Music Festival, Virginia Tech, Northern Arizona University and the regional finals of the Rapido! Composition Contest where Dallas chamber ensemble Voices of Change premiered his work. Worden's most recent project is an original soundtrack for the children's book series Yum & Yuk, an art book about positive and negative choices. You can learn more about Yum & Yuk's mission for children's literacy at whatsupwithyuk.com. As a percussionist, Worden performed with the Eastman Percussion Ensemble at the 2013 Percussive Arts Society International Convention, at the So Percussion Summer Institute at Princeton University, the Chautauqua Summer Festival Orchestra and the International Music Institute Darmstadt in Germany. Active as a concert curator, hehas produced and performed in concerts at the Rochester Fringe Festival described as "simply amazing" and "spell binding." Worden served as section percussionist for the 2014 Eastman Wind Ensemble recording session with producer Jeff Tyzik. A versatile classical percussionist and jazz drummer, he was the winner of the Concerto Competition at Northern Arizona University where he performed Concerto for Marimba and Strings by Emmanuel Sejourne while simultaneously holding the jazz drummer chair at NAU for four years, where he was fortunate to perform with Dave Liebman, Andy Martin, Jim McNeely, Dave Pietro and Joel DiBartolo. Worden's interest in health and wellness for musicians has led him to collaborate with a team of Rochester physical therapists specializing in Performing Arts Medicine. The summer of 2014 he and his colleagues at University of Rochester Health presented three initiatives to the performers and health care professionals in attendance at the Performing Arts Medicine Association 32nd Annual Symposium in Snowmass, Colorado. Topics aimed at university level music students include "Design of instrument-group specific interval training," "Development of an online occupational health and safety learning environment" and "Implementation of a multi-tiered biomechanics screen." As part of his Arts Leadership Program Internship at the Eastman School of Music, Worden's new-found interest in performance enhancement and injury prevention paired with a desire to encourage healthy musicians, is one that deeply informs his own performance and teaching. Worden is a member of the Percussive Arts Society (with a published article to his credit in Percussive Notes, September 2011) and a past-president of the Northern Arizona University Percussion Society. He earned his M.M. in Percussion Performance & Literature and a certificate in Arts Leadership at the Eastman School of Music, where he was also awarded funding for a Post-Graduate Internship to continue his work with Eastman Physical Therapists. His primary teachers include Michael Burritt, Bill Cahn, Jake Nissly, Rich Thompson, Chip Ross, Steve Hemphill (Percussion), Bruce Reiprich (Composition) and Joel DiBartolo (Jazz). 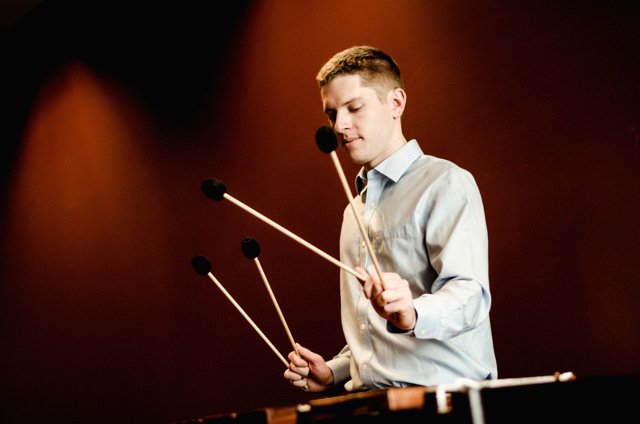 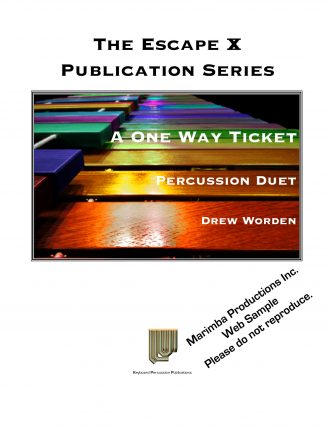 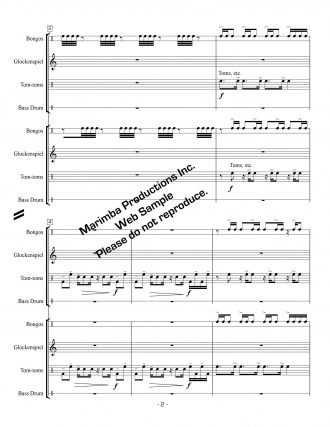 A One Way Ticket

A One Way Ticket is inspired by a poem of Kelsey Burritt’s entitled Drone. This percussion duet was written for and performed by the percussion duo, Escape X.

A One Way Ticket is inspired by a poem of Kelsey Burritt’s entitled Drone. This percussion duet was written for and performed by the percussion duo, Escape X.