is an award-winning composer whose music has been performed in Asia, Australia, Europe, and South America at events such as the ISCM World New Music Days 2010 in Sydney, World Saxophone Congresses in Thailand and Scotland, the Seoul International Computer Music Festival, Confluences - Art and Technology at the Edge of the Millennium in Spain, the International Electroacoustic Music Festival Santiago de Chile, and International Computer Music Conferences. In the U.S., his works have been performed at numerous national and regional festivals, and by ensembles such as the Minnesota Symphony Orchestra as part of their annual Composers' Institute, Ear Play, and the Empyrean Ensemble. His music is recorded on the Mark, Centaur, Parma, and SEAMUS labels and has received first prize awards from the Percussive Arts Society, the Percussive Arts Society Illinois Chapter, the Electro-Acoustic Miniatures International Contest, the Craig and Janet Swan Composer Prize for orchestral music, and the Tampa Bay Composers' Forum Prize. His work in music theory includes publications on harmonic progression in the music of contemporary composer Magnus Lindberg and a collaborative project with percussionist Alison Shaw to develop a method for timpani tuning drawing on techniques for aural skills acquisition. He serves as Vice President of the Wisconsin Alliance for Composers and was a co-host for the Society for Electro-Acoustic Music in the US 2012 National Conference at Lawrence University.   Martin, originally from Bethlehem, PA, holds degrees from the University of Illinois at Urbana-Champaign (DMA), University of Texas at Austin (MM), and the University of Florida (BM). He is Associate Professor of Music at the University of Wisconsin Oshkosh where he teaches music theory, aural skills, composition, and electronic music. He has also taught at the University of Illinois at Urbana-Champaign and Illinois Wesleyan University. Visit HYPERLINK "http://www.edmartincomposer.com/"www.edmartincomposer.com for more information. 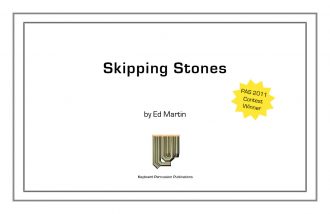 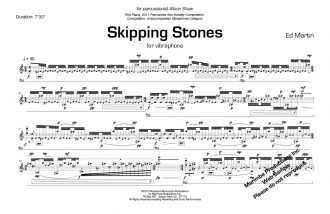