Frank Picarazzi is a graduate of the University of Connecticut in the field of Music Performance, and is currently one of the most sought-after musicians in New York City. An accomplished percussionist and composer, Picarazzi maintains an extremely active performance schedule with several ensembles in and around the New York City area.

Picarazzi's compositions have been premiered and performed in several major cities, including New York, Boston, and Hartford, as well as Florence, Rome, and Bari, Italy. He was recently awarded the 2000 American Music Center Margaret Fairbank Jory prize, for his composition "Struggle in Microcosm". In addition to that distinction, the aforementioned composition was selected to serve as the opening work of the International New Music Consortium's Summer 2000 tour to Italy.

As a performing artist, Picarazzi has been featured with dozens of performing groups as a vibraphonist and percussion soloist, and is featured on several different recordings. His live performance has taken him to practically every major city in the northeast, in a variety of stylistic settings. He currently serves as staff percussionist for NYU's Composer's Ensemble, and is a founding member of the popular fusion 4th "Alpha Mosaic". In April of 2003, Picarazzi made his Carnegie Hall debut as a member of the "Marimba Spiritual" ensemble. 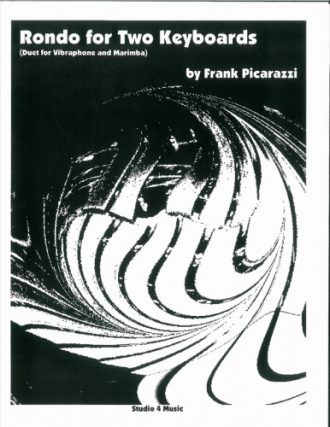 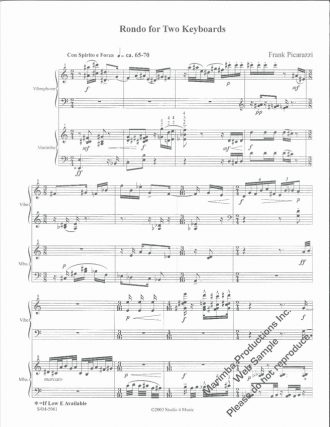 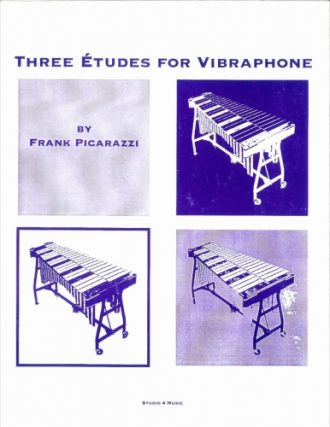 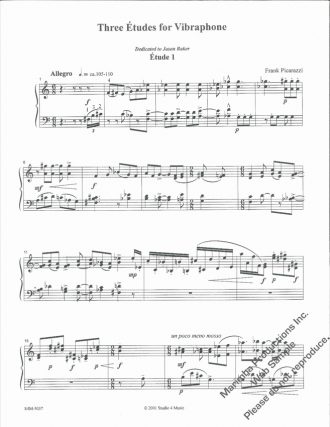 Three serious pieces for the serious vibraphonist. The etudes are tonally complex and technically challenging, as well as musically interesting.

Three serious pieces for the serious vibraphonist. The etudes are tonally complex and technically challenging, as well as musically interesting.