John Anthony Lennon has been commissioned by the John F. Kennedy Theatre Chamber Players, the Library of Congress, the Boston Symphony Chamber Players, the National Endowment for the Arts Orchestral Consortium, the Fromm Foundation and others. In addition to being the recipient of the Rome Prize, Guggenheim, Friedheim, DAAD and the Charles Ives Prize from the American Academy and Institute of Arts and Leters, Lennon has held fellowships at Tanglewood, Villa Montalvo, Yaddo, the Bogliasco Foundation, the Rockefeller Center at Bellagio and the MacDowell Colony as a Norlin Foundation Fellow. A professor of composition and theory at Emory University, Lennon resideds in Atlanta.

Reared in Mill Valley, California, Lennon earned a liberal arts degree at the University of San Francisco and holds a master's degree and doctorate from the University of Michigan where he studied with Leslie Bassett and William Bolcom. 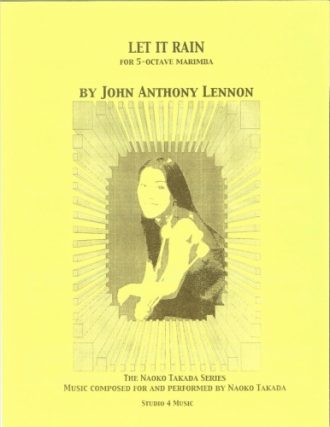 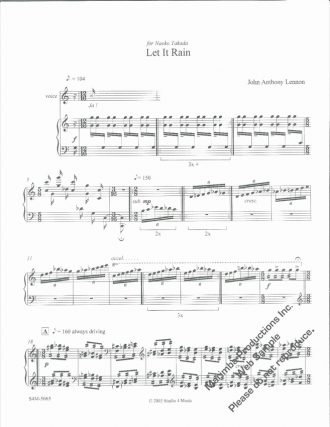