Keiko Abe, born in Tokyo in 1937, is a Japanese composer and virtuoso marimba player. She has been a primary figure in the development of the marimba, both in terms of musical usage and of the design of the instrument itself.

Abe began playing the marimba at the age of 12, after hearing an American missionary group from Oral Roberts University playing the first marimba ever brought to Japan. After earning a degree in music education, she began a marimba trio that played popular music, but grew frustrated with the limited scope of the ensemble and in 1962 entered the world of contemporary classical music. playing mallet percussion with the NHK orchestra. During this period she had her own show on Japanese television, instructing schoolchildren in xylophone playing, as well as a radio show called "Good Morning Marimba". She also began her recording career with a bang, putting out 13 albums in a five-year span.

In 1963, the Yamaha corporation sought Japanese marimba players to assist in the design of their new instruments; Keiko Abe was chosen for her original and clear ideas of the marimba sound and design, particularly her concept of how the marimba should be able to blend in ensembles, for example, moving away from the inconsistencies and lack of focus of folk percussion instruments. Her ideas for the desired sound of the instruments guided Yamaha's design, and in the 1970s began production. In addition, at her urging, the range of the new marimba was stretched from four octaves to five, which has become the standard for soloists. Abe has been closely associated with Yamaha ever since, and their first ever signature series of keyboard percussion mallets bears her name.

Her compositions, including "Michi", "Variations on Japanese Children's Songs", and "Dream of the Cherry Blossoms", have become standards of the marimba repertoire. Abe is active in promoting the development of literature for the marimba, not only by writing pieces herself, but also by commissioning works by other composers and encouraging young composers.

In addition to her heavy composing, touring, and recording schedule, Abe is currently a professor at the Toho Gauken School of Music in Tokyo. She was the first woman to be inducted into the Percussive Arts Society Hall of Fame, and the first player to develop six-mallet techique. Among her former students is the noted percussionist Evelyn Glennie. 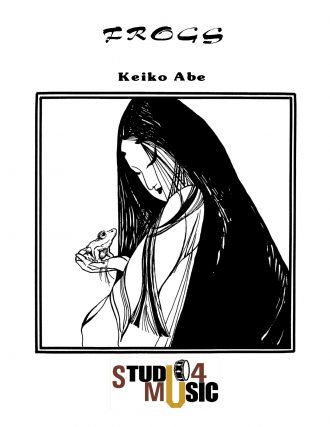 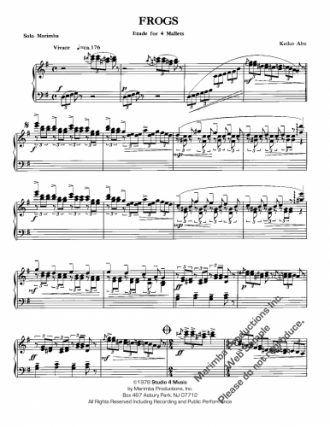