Naomi Sekiya
Naomi Sekiya was born and raised in a rural town from the province of Tochigi, Japan. Although she did not come from a family of musicians, as a child, Naomi took joy in reading about history and art. Upon completing high school, she moved to the United States to attend college where she enrolled in her first music theory and composition courses. She now holds a B.A. and a M.A. from the University of California at Los Angeles, and a Master of Music and a Doctor of Musical Arts from the University of Southern California. Her principal teachers at these institutions were Ian Krouse, Donald Crockett, and James Hopkins. Described by the Los Angeles Times as "intense, dramatic, masterfully colored, and uncompromising," Naomi Sekiya continues to explore her works with resonant soundscapes, bold instrumental effects, and eloquent structures. In June 2000, Sir Simon Rattle conducted her Deluge for piano and orchestra with the Los Angeles Philharmonic New Music Group at the Ojai Music Festival. In September 2001, the Warsaw Philharmonic performed Sinfonia delle Ombre at Warsaw Autumn. In September 2002, the Los Angeles Philharmonic and the USC Thornton School of Music performed Sekiya's Lamento e danza from her Sinfonia delle Ombre for its national, five-day workshop, "Synergy," which was directed by Esa-Pekka Salonen and co-sponsored by the American Symphony Orchestra League and American Music Center. Shortly afterwards, Kent Nagano appointed her as Berkeley Symphony's first Composer-In-Residence for its 2003 to 2004 season. Under the artistic direction of Kent Nagano, Sekiya was the chief composer for the production of Manzanar: An American Story to commemorate the Japanese-American internment camp experience in World War II. Here, she collaborated with playwright Philip Kan Gotanda, composer Jean-Pascal Beintus, and jazz pianist David Benoit to create this 55-minute dramatic work which featured a full orchestra, soprano solo, children's chorus, jazz trio, actors, and narrators. Senator Daniel K. Inouye of Hawaii and Olympic ice-skating gold-medalist Kristi Yamaguchi were among those who narrated for the Los Angeles production in June 2005. Sekiya received the First Nakasone Yasuhiro Award, established in honor of one of Japan's most influential Prime Ministers, for her outstanding achievement in the creation of Manzanar. The Estonian National Symphony Orchestra, Orchestra della Toscana, Orchestre de Bretagne, and the Tokyo Symphony Orchestra, among others, have brought Naomi Sekiya's orchestral works to an international audience. The most recently, Sekiya became a recipient of the John Beck Composition Award. Her Night Wind (2011) was premiered by Musica Nova, conducted by Brad Lubman during the music festival Percussion Rochester 2012 at the Eastman School of Music in May 2012. A particular musical interest of Sekiya is her deep connection with the guitar, an instrument for which she has written both solo and ensemble pieces. Her Tobila -at the gate-, premiered by the Minneapolis Guitar Quartet, was released by the Albany Records. Arachnid Dance for guitar and string quartet, performed by guitarist Frederic Zigante and Quartetto D'Archi di Torino, was broadcast multiple times on Italian television station, RAI, throughout Europe and the Middle East. Duo Astor (featuring Gaëlle Chiche and Francisco Bernier from Spain) and the Berkeley Symphony's performance of her Concerto for two guitars and orchestra was broadcast on SPARK, a subdivision of KQED/PBS in the greater San Francisco area, in 2004. Other guitarists and ensembles that have performed her guitar works include Shinichi Fukuda, Michael Kurdirka, and Belgium's Trio Cadenza Guitares. Her guitar music is published by Berben s.r.l.-Edizioni musicali in Italy. Sekiya has received numerous awards such as the Ojai Festival Award, Centennial Competition Prize, Inter-American Music Award, and the Japan Symphony Foundation Award. She has also won competitively at the International Witold Lutoslawski Composers' Competition, Dimitri Mitropoulos International Composition Competition, Michele Pittaluga International Composition Competition for Classical Guitar, and the International Lupo Sumera Composition Competition. 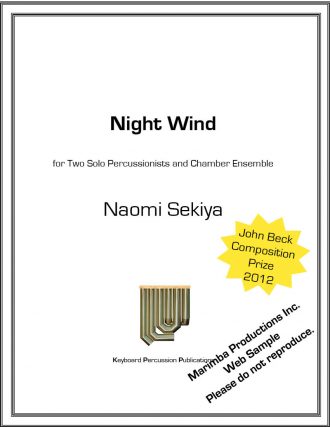 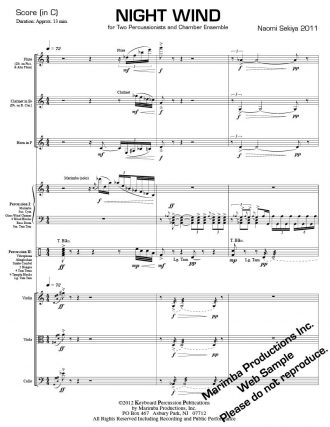 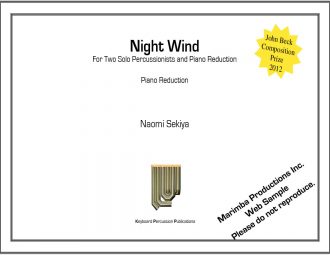 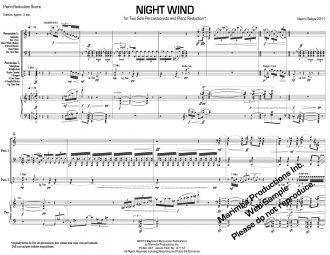 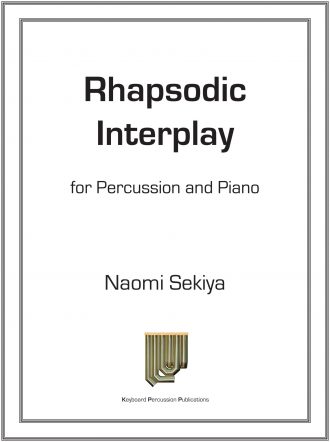 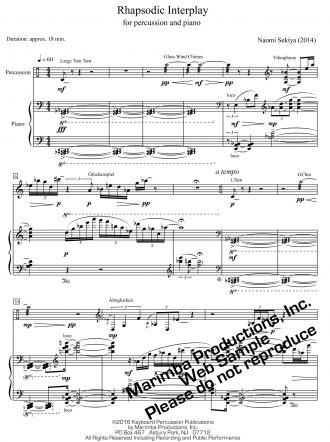