Davies moved to Los Angeles from his native Australia in the fall of 1998 to study film scoring at the University of Southern California. While at USC he sought out composer/arranger/band leader John Clayton and asked for an arranging lesson. Since then Davies has worked for Clayton orchestrating, transcribing and arranging for various projects. Highlights have included 3 seasons of Jazz at the Hollywood Bowl, working with the who's who of the jazz world. They have also worked on albums for Diana Krall, Michael Buble and Natalie Cole.

In his short time in Los Angeles Davies has also worked on many other high profile gigs. Highlights include: Arranger on the 2001 Ford Theater Tribute to American Music, arranging and conducting the TDBB for composer Brian Tyler's score to the movie "Plan B" starring Diane Keaton and Paul Sorvino, arranging and recording music for the CBS TV show "The Education of Max Bickford" and arranging, orchestrating and playing on the Emmy nominated score to the movie "The Last Call" starring Neve Campbell and Jeremy Irons. 2004 has been his busiest year so far with gigs including- co-writing and arranging a song for the Robin Williams film "The Final Cut" ,arranging and conducting a track for British artist Tunde Baiyewu's (Lighthouse Family) new album and orchestrating the films "Forbidden Warrior" & "Sea of Fear" and the "Star Wars" video game. He also composed music for several educational DVD's and additional music for the Warner Bros film "Hairy Tale" staring Matthew Modine and the cartoon "Doggy Day Care" for Mattel. In September he arranged a song for the group Nickel Creek to perform with the Los Angeles Philharmonic at the Hollywood bowl. Next up is an album for singer Rachel York and the score for "Murder on the Yellow Brick Road". As a composer Davies is always writing new music the big band and many other ensembles.

Since releasing Epic in 2002, Davies music is now played all over the world. He travels as a conductor and performer and has recently been to Holland, Australia and Chicago, USA where he was a guest at New Trier High School, the leading jazz program in the states. In 2003 Davies gained endorsements deals with Pearl drums and Sabian cymbals. 2003 also saw the release of Jim Bianco and the TDBB.

Davies still maintains a profile back in Australia and frequently returns for concerts and workshops. 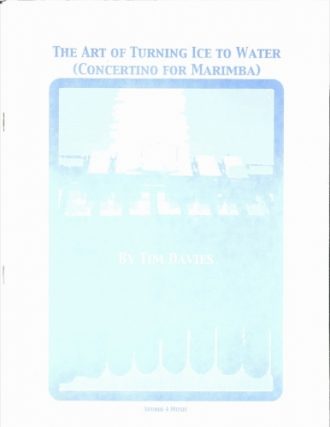 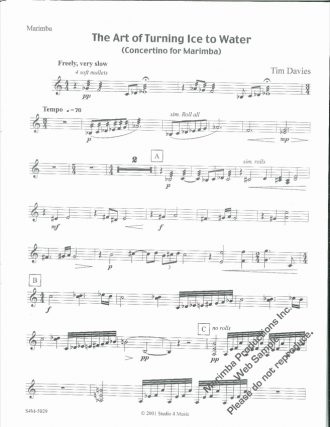 Art of Turning Ice Into Water, The 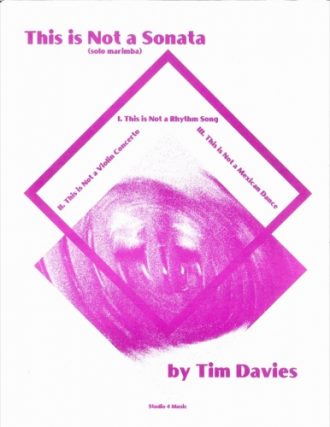 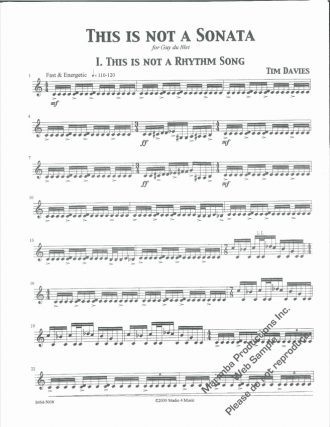 This Is Not A Sonata

Not a Sonata’ is highly worthwhile to perform in recitals, with interesting harmonic and rhythmic concepts and a variety of technical and musical challenges.

Not a Sonata’ is highly worthwhile to perform in recitals, with interesting harmonic and rhythmic concepts and a variety of technical and musical challenges.