Giovanni Perin (b. 1987, Padova, Italy) started playing the piano at the age of eight. Six years later, he passed the audition for the percussion class in the Conservatory of Classical Music, where he graduated with Alberto Macchini. He attended many masterclasses in jazz piano with the jazz bopper Barry Harris; vibes and marimba with David Friedman, Dave Samuels, Ney Rosauro, Johan Bridger, and Andrea Dulbecco; and timpani with David Searcy.
In the summer of 2006, Perin went to the Berklee School of Music in Boston to attend the Five Week Summer Program, where he studied vibes and marimba with Ed Saindon, being selected for the high level jazz class. In 2010, he graduated with honors at the Drama, Arts and Music Studies Faculty at the University of Padua and at the Adria Conservatory of Classical Music (Bachelor’s & Master’s in percussion). In 2014, he also graduated with honors with David Friedman at the Jazz Institute of Berlin (Bachelor’s in jazz vibraphone and marimba at the University of Arts) and he successfully completed his Jazz Master’s at the Conservatory of Music, in Rovigo (Italy).
Perin has won many prestigious jazz competitions, including the National Prize Jazz Lighthouse in Genova (1st prize), the National Prize Roma Jam Session 2007 (3rd position in the soloist section), 1st place for the public and 2nd overall plus a scholarship in the International jazz competition Massimo Urbani, in 2011, the National Award Chicco Bettinardi 2015 as Best Young Band CD with Oirquartett, and the National Award Marco Tamburini 2016: 1st Prize.
Perin has played with many important international musicians, including Dave Samuels and Neil Leonard, Fabrizio Bosso, Vittorio Matteucci, Fuasi Abdul-Khaliq, Elias Stemeseder, Kelvin Sholar, Christine Jensen, and Federico Malaman among others.
Perin has also played as vibes player and percussionist on Italian national radio and on TV programs including Il Terzo Anello and Fahrenheit (Italian RAI Radio), Parallelo Italia (Rai 3 TV), Community (Rai World TV), Klassik Pop et Cetera (German broadcast Deutschlandfunk), and Jazz Radio (Germania).
In 2011, Perin won the Zorzella Prize: a scholarship for the most talented young jazz player of the year and, thanks to Umberto Bonani, president of Circolo del jazz in Verona, Giovanni recorded, in the same year, Dream with Open Eyes, his first CD as a band leader, with famous virtuoso trumpet player Fabrizio Bosso, as special guest. In 2018, Giovanni won the Artists in Residence competition, which gave him the opportunity to spend a month of artistic residence as a composer and instrumentalist at the Italian Cultural Institute in Montreal, Canada, sponsored by MIDJ (Italian Jazz Musicians Association).
Giovanni has released several records as a bandleader: Portraits (Statale 11, 2021), #pera (Statale 11, 2016), Double Vibes (Statale 11, 2016), and Dream with Open Eyes (Cat sound, 2011). His latest project D.O.V.E. (Drums, Organ, Vibes Ensemble) is among the most innovative realities in the contemporary jazz scene thanks to the refined sound combination of the three singular instruments, not yet used together in the European music scene. The band has already released two vinyl records, Where Are You? (Statale 11, 2017) and Here We Are (Cat sound, 2019).
ii
Since 2012, Perin is collaborating as a teacher with the website www.vibesworkshop.com, the biggest vibes and marimba online community in the world, giving online video lessons about vibraphone technique and jazz vibraphone playing. He also regularly teaches percussion, improvisation, and jazz at conservatories throughout Italy. He has been invited to give masterclasses about vibraphone and marimba at many important universities and conservatories around the world, including: Melbourne, Sydney, Canberra, Toronto, Montreal (McGill), Istanbul, Santiago de Compostela, Krakow Universities and many other Italian conservatories. Giovanni has published different books dedicated to mallet instruments: Aforismi, 11 Etudes for Solo Vibraphone, Easy Mallets - Marimba & Xylophone, and Easy Mallets - Vibraphone & Improvisation.
He has also played as classical percussionist with the Orchestra di Padova e del Veneto and in many prestigious classical festivals including Festival Internazionale di Portogruaro with Gert Mortensen. He has been invited to many important jazz festivals including the Berlin Jazz Radio Festival, the Ancona Jazz Festival, the Padova Jazz Festival, the Bologna Jazz Festival, Musikè Festival, and the Trieste Love Jazz Festival. 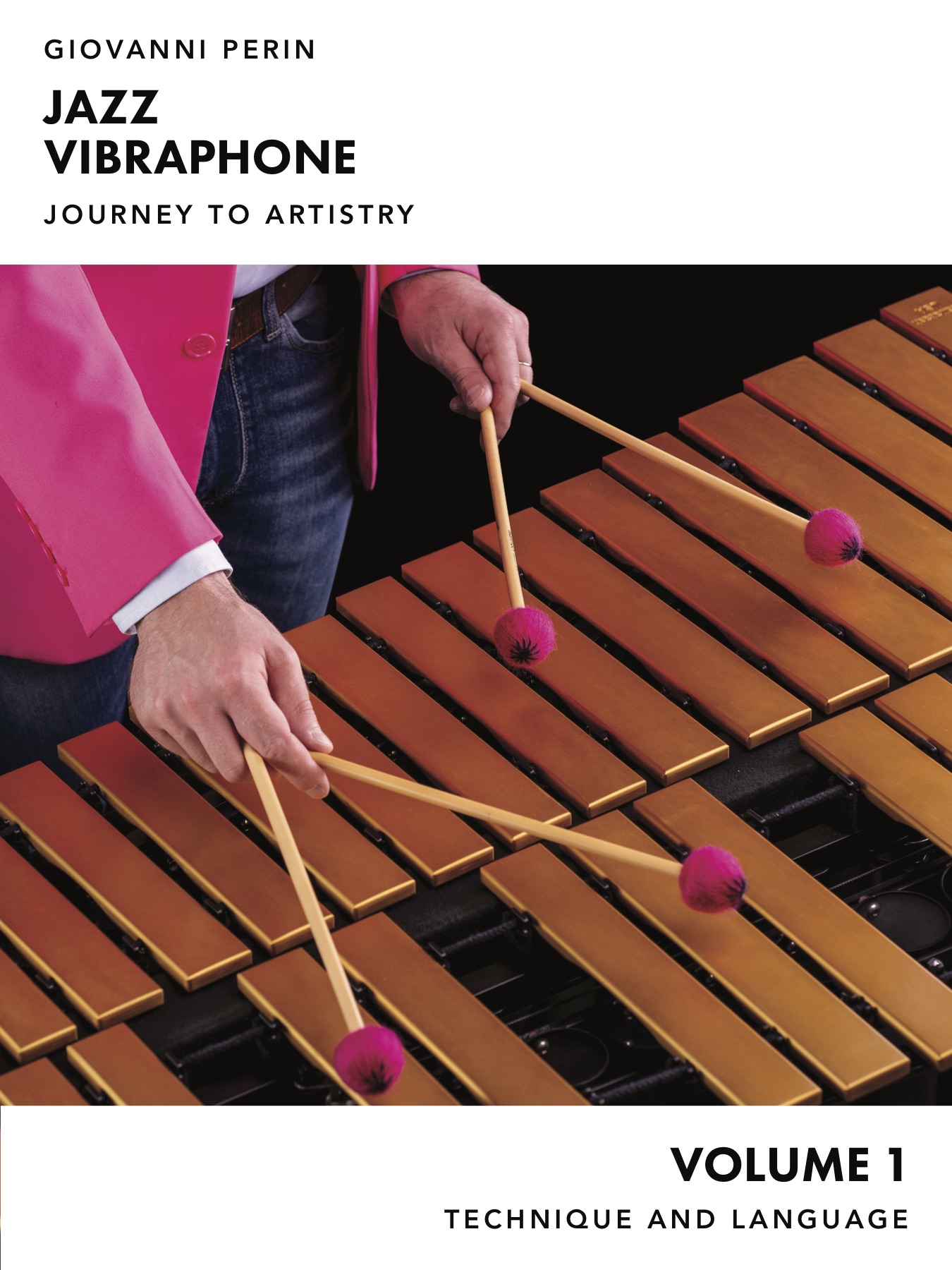 The first installment of an ambitious three-volume series.  Presented as a collection of personal and musical notes, lectures, transcriptions, lessons, and exercises accumulated over many years, master vibraphonist, Giovanni Perin shares his musical journey to help players gain a holistic understanding of the vibraphone from history to theory, technique, and beyond.

The first installment of an ambitious three-volume series.  Presented as a collection of personal and musical notes, lectures, transcriptions, lessons, and exercises accumulated over many years, master vibraphonist, Giovanni Perin shares his musical journey to help players gain a holistic understanding of the vibraphone from history to theory, technique, and beyond. 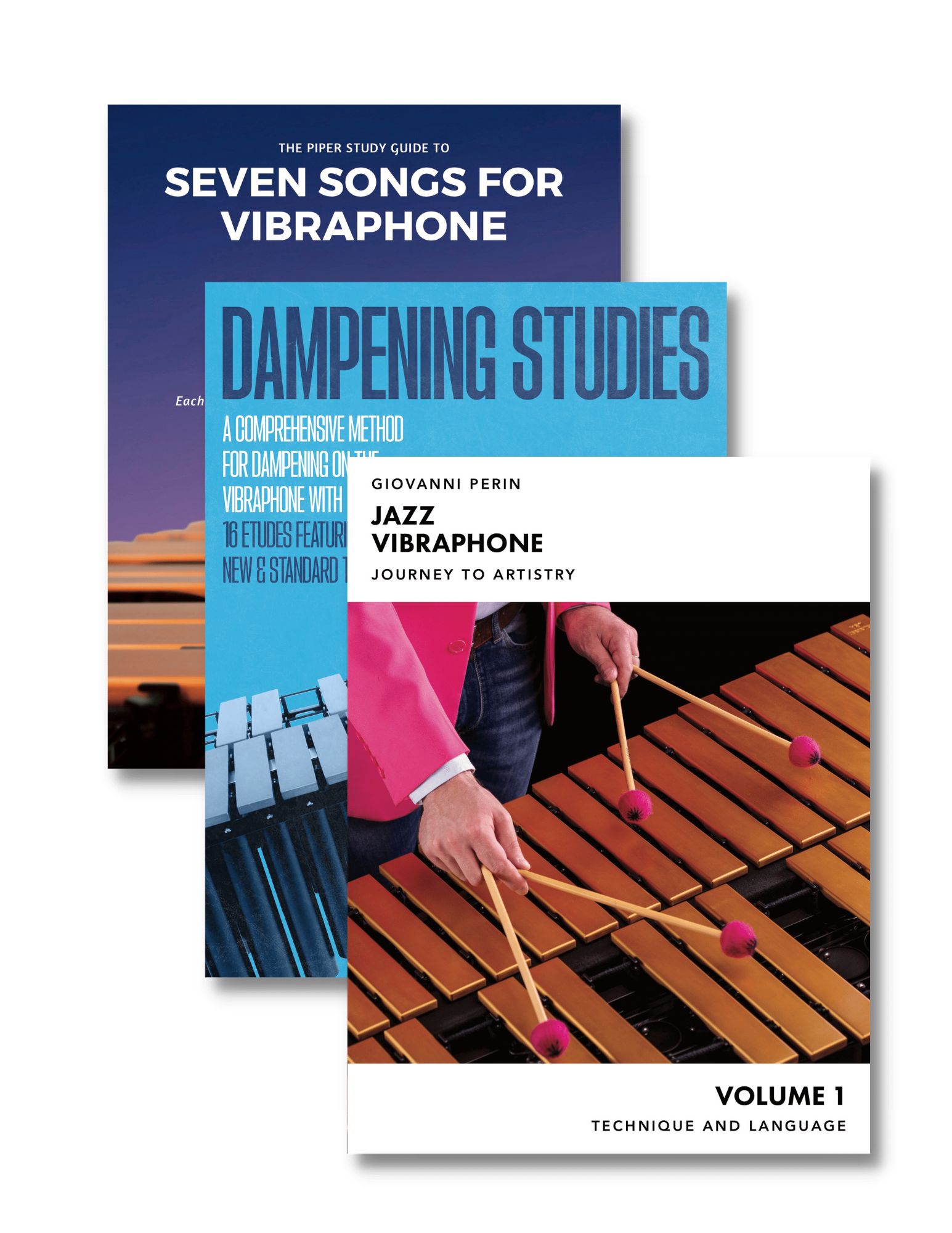