Joe Locke is widely considered to be one of the major voices of his instrument. Long
known to be a soloist capable of stunning physical power and broad emotional
range, it was not until the last decade that he emerged as the composer, bandleader
and conceptualist that he is considered today.
This is in no small part due to his recent solo projects, notably Four Walls of Freedom
(Sirocco), a six movement suite featuring the late tenor saxophonist Bob Berg;
Live in Seattle (Origin) by The Joe Locke/Geoffrey Keezer Group which won the
2006 Ear Shot award for Concert of the Year; and his eloquent and vibrant quartet
Force Of Four (Origin).
Since joining Motéma Music in 2011, Joe has released three intrinsically different albums
bearing witness of his immense stylistic versatility and ability to create artistic
depth in a variety of contexts:
After Signing, the long awaited follow-up studio album of Live In Seattle, 2012
also saw the release of Joe Locke's first ever symphonic project, Wish Upon A Star,
featuring Locke's Quartet with the Lincoln Symphony Orchestra (NE), and the Jazz
radio charts #1 Blues & Ballads album Lay Down My Heart in 2013. Locke's Motéma
release, Love Is A Pendulum - a suite based on a poem by Barbara Sfraga - is already
being hailed the most important work of his career. Locke's newest release, Subtle
Disguise (Origin) represents "the total expression of who I am as a musician and
human being."
Locke has won numerous awards and polls, including the 2006, 2008 and 2009
"Mallet Player of the Year" award from the Jazz Journalists Association, and the
2013 Hot House NYC Jazz Awards for best Vibes Player. He is active as a clinician
and educator in the United States and Europe and has been the International Vibraphone
Consultant at the Royal Academy Of Music, London, on a visiting basis since
2008, holding the title of Honorary Associate of the Royal Academy Of Music (Hon
ARAM) since 2013.

"Charismatically skilful"
- The Guardian, UK
"Joe Locke's playing and writing have been an absolute joy to this vibist's ears that have
been starving to hear a player who challenges himself on every tune. Joe is constantly
pushing the envelope musically. The cat is going into orbit soon .... I love it!"
- Mike Mainieri
"A player with a pristine tone and delightful ideas no matter what musical setting he
selects."
- All About Jazz
"Joe Locke is a wonderful young man who's all about the music, all the time! You can
hear it in every note he plays."
- Bobby Hutcherson
"Not only has he mastered an instrument that has catapulted only a handful of players
to the forefront of modern jazz - but he has done so in a way that transcends mere
technique and establishes him as a unique and adventurous musical voice."
- Derk Richardson, San Francisco Bay Guardian
"His lines have flash and pizzazz, but also an unforced lyricism, bubbling just under that
force-of-nature enthusiasm"
- Chicago Jazz Music Examiner
"In the select group of contemporary vibes players, Locke has claims to head the list."
- Penguin Encyclopedia of Jazz
"There seems little doubt that Locke, with his ability to play cool and funky, heady and
relaxed, is set to become the pre-eminent vibraphonist in jazz."
- The Times, London, UK 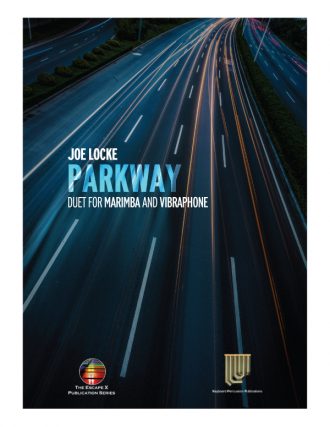 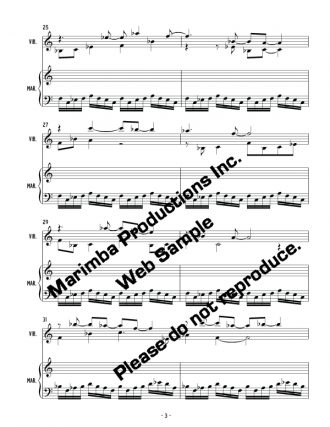 Commissioned by the Escape X Percussion Duo, Locke’s programmatic duet for marimba and vibraphone takes the listener on an idyllic (and sometimes crazy) drive along one of New Jersey’s most famous highways.

Commissioned by the Escape X Percussion Duo, Locke’s programmatic duet for marimba and vibraphone takes the listener on an idyllic (and sometimes crazy) drive along one of New Jersey’s most famous highways.