Vibraphonist Tony Miceli, whose playing has been compared with the legendary Milt Jackson and Gary Burton, grew up in New Jersey, currently resides in Philadelphia, and has been working steadily on the jazz scene since 1980. As a group leader, sideman, and recording artist, he has performed with numerous top musicians including David Liebman, Jimmy Bruno, Ken Peplowski, John Blake, Diane Monroe, John Swana, Joe Magnarelli, Steve Slagle, Larry McKenna, and many others. In addition to his work with the group Monkadelphia, which he co-founded in 1990, Miceli is a member of the PhilOrch Jazz Ensemble (a quartet featuring members of the Philadelphia Orchestra) and the Adam Unsworth Ensemble. His recordings include a compilation CD, Looking East with the Philly 5; On a Sweet Note, with Gerald Veasley and the Electric Mingus Project; Band Shapes with French pianist Olivier Hutman; Monkadelphia; Crepuscule (featuring Monkadelphia); Music From the Inside Out, a companion CD for a documentary showcasing the Philadelphia Orchestra, and ...... In addition to his busy schedule of club dates, concert performances, and recordings, Miceli is a sought after master teacher. In addition to workshops in Amsterdam and other major cities, when at home base in Philadelphia, he conducts master classes at the renowned Curtis Institute of Music and gives private instruction in his home studio. He is a member of the Jazz Faculty at the University of the Arts and Temple University, and serves as a consultant to various music and arts organizations. Of his playing and musicianship, reviewers have praise: "Miceli's vibes playing is nothing short of phenomenal, as he moves effortlessly from fiery virtuoso runs to gentle, pianissimo, legato improvisations on the ballads." "Micel's playing had a transcendent glow. He was no longer playing notes, but rather developing ideas that seemed to come from a source beyond himself." "His runs were so rapid and well executed that it was as if he had a couple of rogue virtual mallets helping him out." "Miceli's solos were done with agility and subtlety, stunning the audience with their virtuosity." Miceli is a consummate versatile musician who is involved in diverse musical currents and projects. His CD Hippie Jazz with vocalist Meg Clifton recapitulated the rock music of the 1960s-70s in a jazz format. In a concert called "Mozart Reloaded" at the Kimmel Center, he played vibe improvisations behind singer Joanna Pascal's rendition of a Mozart opera aria. With crossover violinist, Diane Monroe, he is now working on a project using jazz, folk, and classical influences. Internationally known on the web, Miceli provides on line instruction, information, and video interactive classes. He is proprieter of Miceli Music, LLC., incorporating the website: www.studymusiconline.com, which currently offers 3 sections: www.vibesworkshop.com; www.trumpet.studymusiconline.com; and www.worlddrum.studymusiconline.com. These sites include online communities for professional players and students, with lessons, performances, and other features. 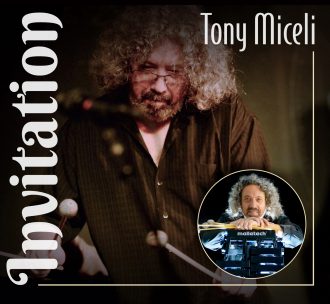 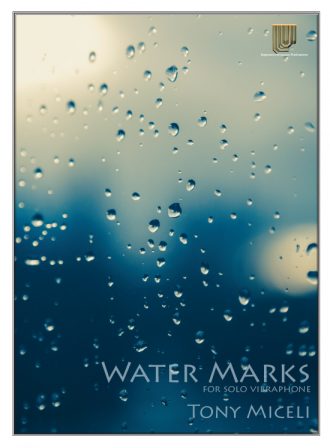 Written on a flight while traveling to Asia, Miceli wanted to compose a difficult yet lyrical piece for solo vibraphone. The resulting “Water Marks” is so named because it is reminiscent of drops of rain splashing as they fall into a puddle.

Written on a flight while traveling to Asia, Miceli wanted to compose a difficult yet lyrical piece for solo vibraphone. The resulting “Water Marks” is so named because it is reminiscent of drops of rain splashing as they fall into a puddle. 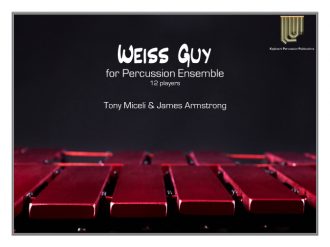 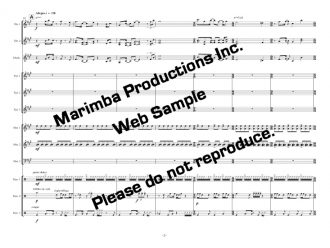